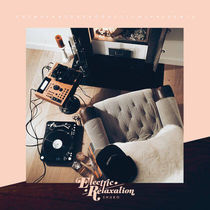 For more then 15 years Shuko has been a repeatetly recurring name in the German and international HipHop scene. Shuko, whose real name is Christoph Baus, made a name of himself in the U.S. by producing for artists like Omarion, Tyga, Bow Wow, T-Pain, Talib Kweli, Keith Murray and Vinnie Paz.

Besides that he lately went beyond the boundaries of HipHop and established himself as a successful pop-producer, since he worked with the German Rap-/Pop-musician „Cro“, on his platin-album „Melodie“. He also worked with "Die Fantastischen 4“ (Germany), "Fedez" (Italy), "Guy Sebastian" (Australia), „Sokol" (Poland) and 2 Chainz (USA). He and his musical partner Freedo also produced Zara Larsson’s No.1 Hit „Lush Life“ (European Charts)

It is by far no understatement to say that his career has just begun to accelerate, or in Shuko’s own words: I am myself curious to which musical places my career is going to take me.